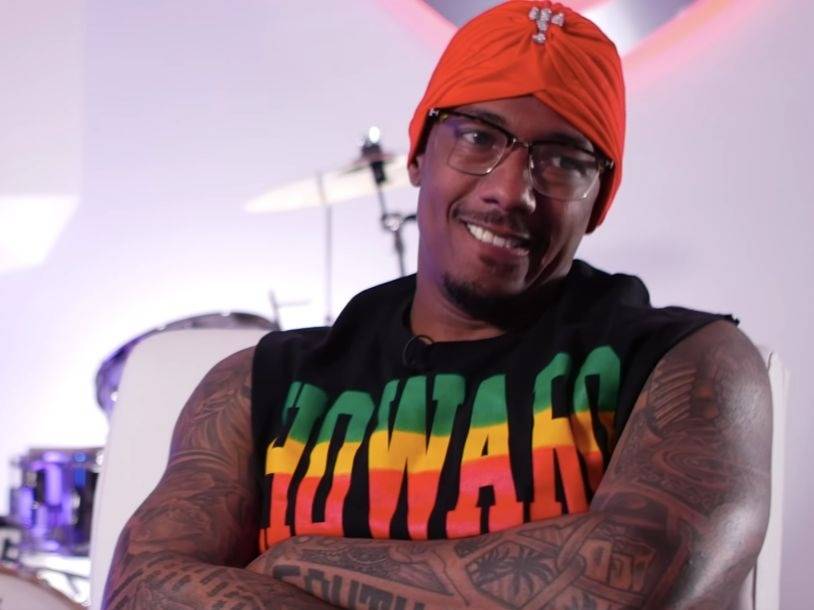 Nick Cannon dropped a mixtape called The Miseducation of the Negro You Love To Hate shortly after his beef with Eminem was reignited. One song in particular, “Used To Look Up To You,” appeared to be a fourth diss track aimed at Slim Shady.

But during a recent interview with VladTV, Cannon denied it was about his longtime adversary and instead, said it was about Em’s close friend and collaborator 50 Cent.

“If you actually listen to it, ‘Used to Look Up to You’ and ‘I Know What It Is’ are more about 50 and a lot of these other rappers who I’m like, ‘Dog, man — I had so much respect for y’all,’” Cannon explained.

The Wild ‘N Out host then confirmed the line, “Niggas out here tweeting like they been a savage/Used to look up to you/Dick riding little Marshall Mathers” is “clearly about 50 and a lot of his other fans.”

The feud between Eminem and the Power 106 radio personality found new life with the December 2019 release of Fat Joe’s single “Lord Above.” As part of his verse, Shady takes shots at both Cannon and his ex-wife Mariah Carey.

Cannon retaliated with three consecutive diss tracks — “The Invitation” featuring an introduction from Suge Knight, “Pray For Him” with The Black Squad and “Canceled: Invitation.” For his part, Em jokingly tweeted about wanting an apology but didn’t respond on wax.

In another segment of the VladTV interview, Cannon said all of the attention is exactly what he wanted.

“Let’s create this conversation,” he said. “I got a whole new group of followers now because of this process. I’m gonna promote Wild ‘N Out. I’m gonna promote my radio show, so the first thing I did was talk about it on my Power 106 radio show. Views. Boom. YouTube. I’m like, ‘Oh, I’m liking this.’

“That was just me conversing. That was me calling him ‘All Lives Mathers.’ ‘Grandpa Marshall.’ I’m having fun and I’m like, ‘Ooh this is going viral.’”

People were seemingly disappointed when Em dropped the surprise album Music To Be Murdered By and he didn’t properly ether Cannon as they’d hoped. Perhaps Shady listened to 50 who said he advised Em not to respond.

Check out Cannon’s comments above. The “Used To Look Up To You” comments begin around the 2:35-minute mark.